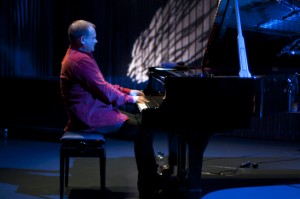 Karl Olgeirsson (1972). At the age of 5 he was already playing instruments and writing music. He’s been a professional musician since high-school. He has held positions as a Music Director, a composer, a performer on various instruments, producer and arranger and has worked with tons of artists such as Björk, Petula Clark, Sissel Kirkebø. He has been the musical director for the Icelandic Christmas project „Frostroses“ since the beginning in 2002. 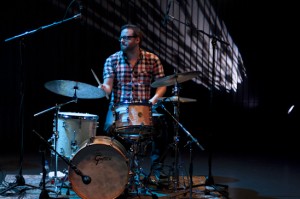 Kristinn Snær Agnarsson (1977) got his first snare drum at the age of 4 and after that there was no turning back. He studied music in Sweden, – at Vasaskolan (The Vasa Music Institut) in Gävle and at Skurup Folkhögskola (The Skurup High School of Music). After moving back to Iceland in 2000 he has been very active on the music scene, working with all the leading Icelandic artists and is currently touring  the world with John Grant. 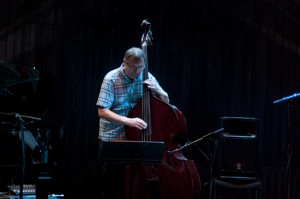 Jón Rafnsson (1958) has been on the music scene since in his teens. Having taught himself how to play the electric bass, Jón started his career in the mid 70s by playing with rock and dance bands around the south coast of Iceland. He then began classical training on violin, piano and double bass and continued his double bass studies with Professor Thorvald Fredin in Stockholm, Sweden. Jón is also a qualified music teacher with a degree from the Stockholm Institut of Musicpedagogy (SMI). Since returning to Iceland from Sweden in 1990, Jón has been very active in the musical life of Iceland.